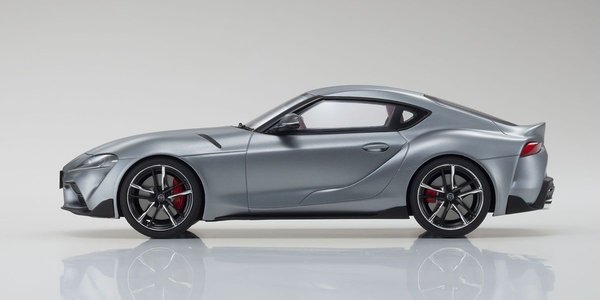 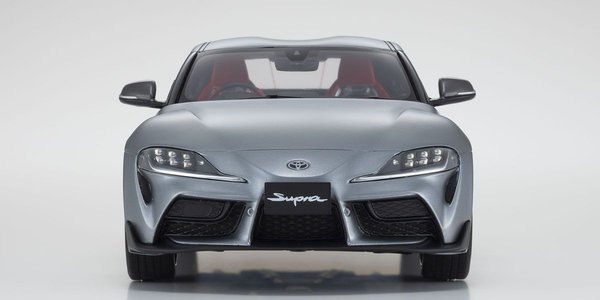 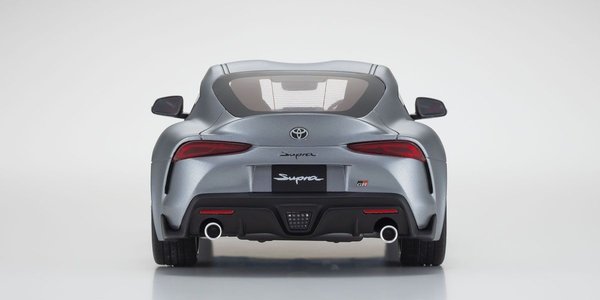 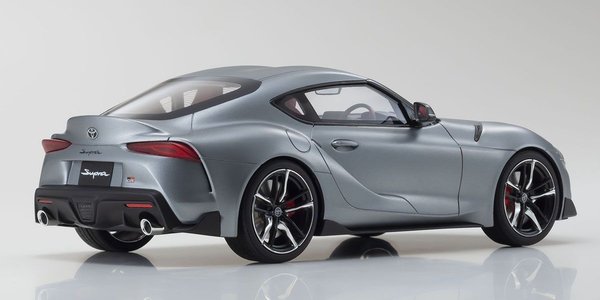 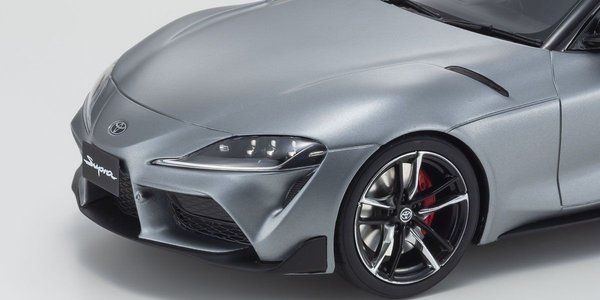 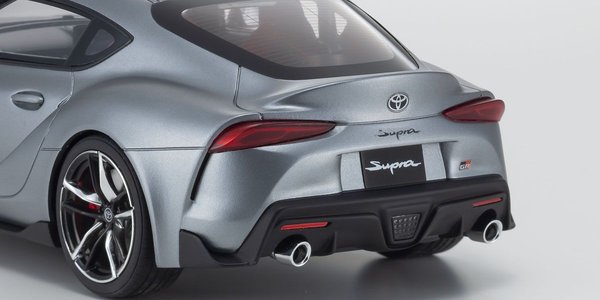 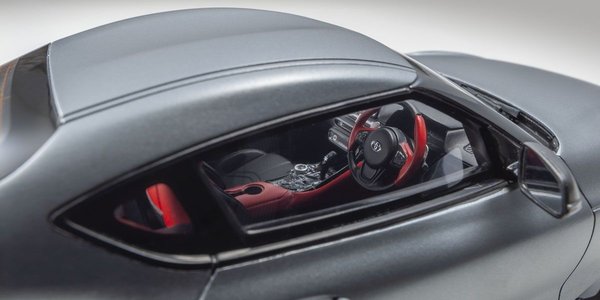 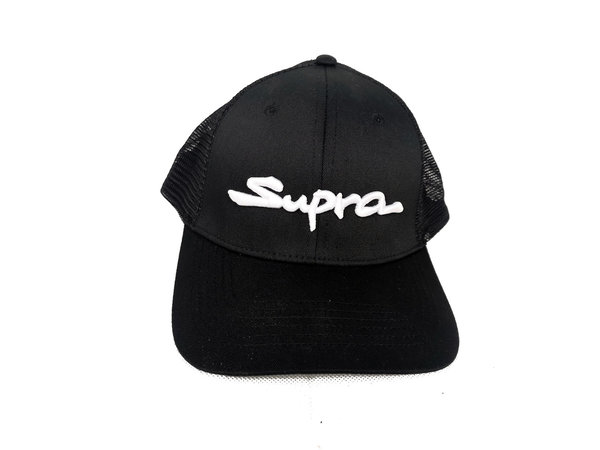 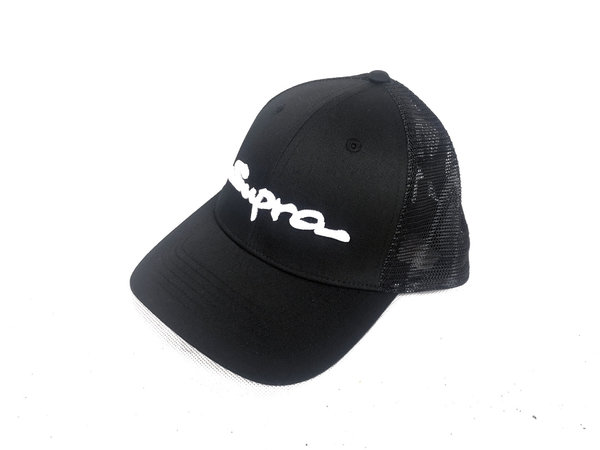 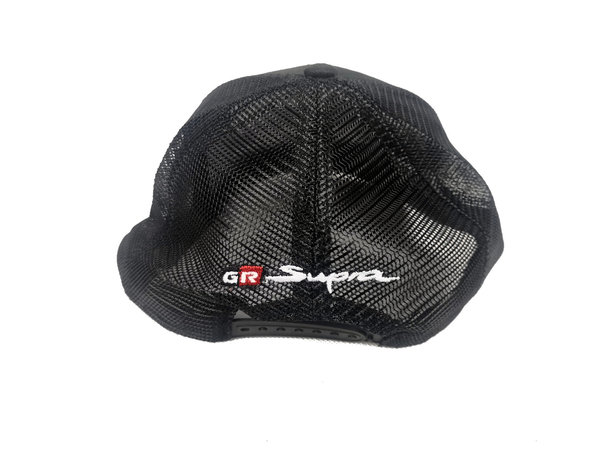 This model car comes with an official GR Supra base cap

After 17 long years, the Supra has been revived as a collaborative development with BMW. Although most basic components are shared with its BMW Z4 brother, the development of the Supra was run in parallel with its own exclusive design team to create its unique design and driving characteristics.

Embodying the DNA of Toyota Sports while still creating a new distinctive style, the exterior design features a long-nosed/short cabin with double-bubble roof, rear fender shape similar to its predecessor, and built-in lamps. The interior creates a typical sports car look with a tight instrument panel from top to bottom in a wide console. While the operating system and components use the BMW interface, the included meters, seats and some operating parts are exclusive to Toyota.

There are three engine types, traditional inline 6-cylinder (3L turbo) and inline 4-cylinder (2L turbo) with different outputs. The 8-speed AT transmission combines the smoothness of AT and the shift speed and responsiveness of DSG.

The platform uses the latest BMW ‘CLAR’ as a base, optimized for the Supra. The aluminium/steel skeletal structure achieves 2.5 times the rigidity of the Toyota 86 and even exceeds the carbon monocoque Lexus LFA. Short 2420mm wheelbase (shorter than the 86) was developed for optimal wheelbase / tread dimensions to deliver ‘pure sports’ performance.

Suspension system comprises front double joint struts with rear multi-link while some models are fitted with AVS that optimally controls the damping force according to the drive mode and road conditions. In addition, an active differential is employed and can optimally control the lock ratio between the left/right rear wheels from 0-100% seamlessly using an electronic multi-plate clutch in conjunction with VSC. Driving setup was implemented by Helwig Dernens (stationed at BMW), the last apprentice of master driver Hiroshi Naruse (deceased).

Similar to the RZ, this model is a ‘Matte Storm Grey Metallic’ version. Only 24 of the 2019 model were produced, making this Supra a rare model.