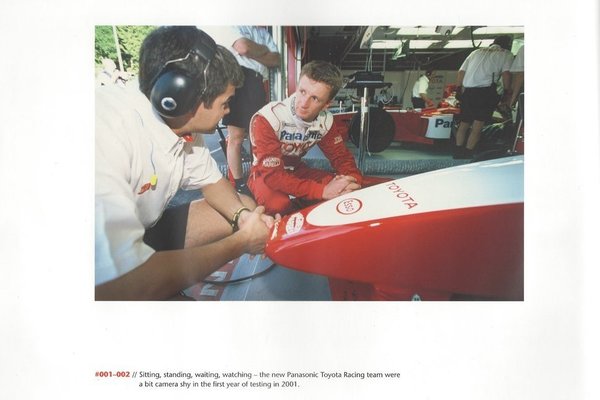 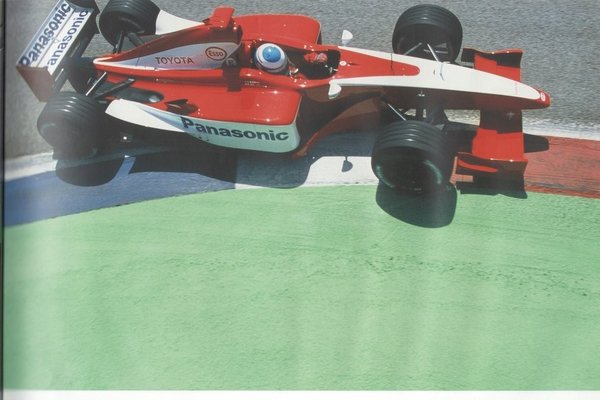 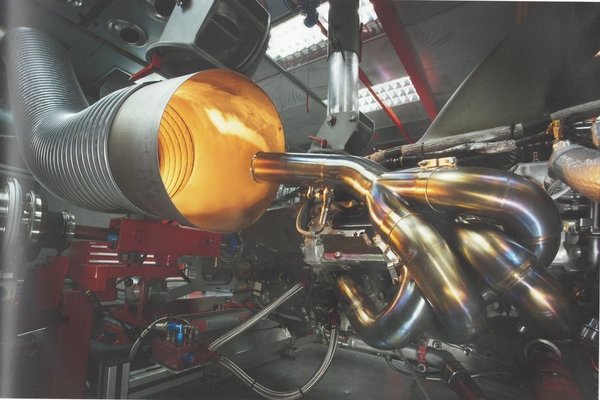 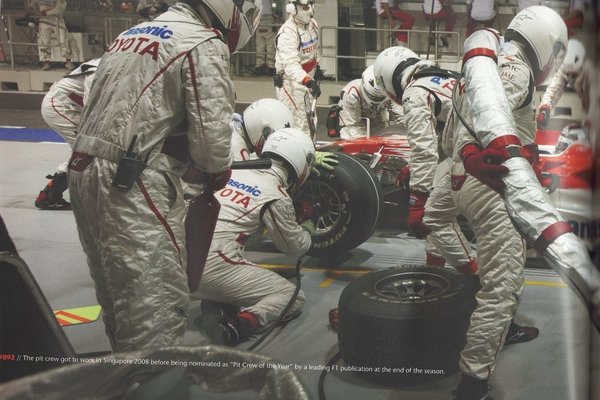 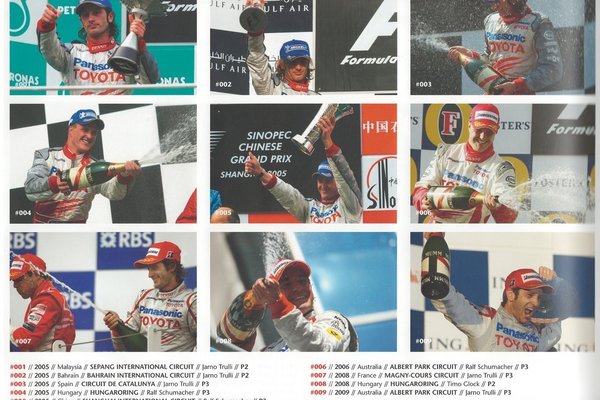 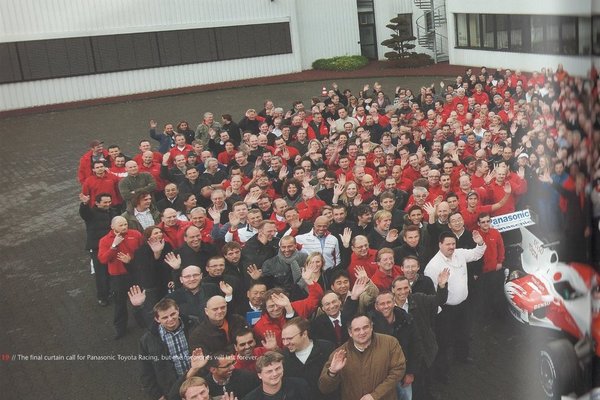 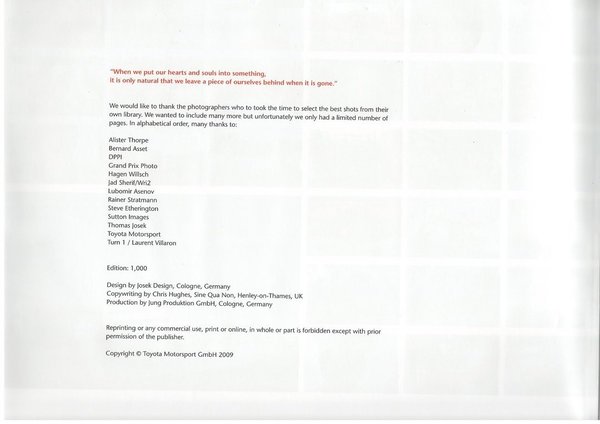 Panasonic Toyota Racing - Mementos and Moments from a Formula 1 Team

This book was commissioned by Toyota Motorsport and shows the history of the Formula 1 team in pictures. It begins in 2001 with the first test drives, the first Grand Prix participation in 2002 in Australia and the exit from Formula 1 in 2009.

Great picture book of an unforgetable journey through the world of Formula 1 Motorsports.

Final words: "When we put our hearts and souls inot something, it is only natural that we leave a piece of ourselves behind when it is gone."